We left [the show] with almost 400 leads! 🙂 <--- this smile doesn't do my feelings justice. I left the event so very happy. Our distributor partner with eight times the staff didn't get half those numbers. And nothing feels better than every other booth owner coming over and asking "what are you guys doing? You're killing it!" 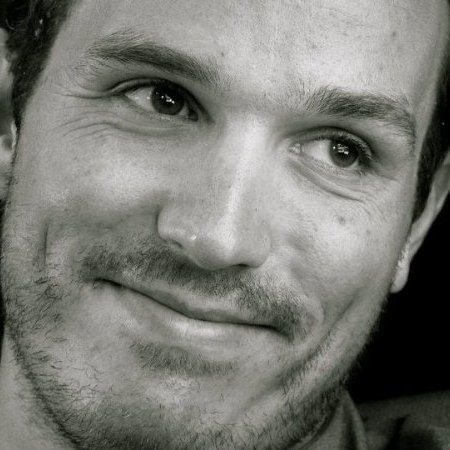 Here is your chance to be a hero if your job has anything to do with your companyâ€™s trade shows. Weâ€™re going to show you a few simple tricks that will absolutelyâ€¦

Blow The Doors Off Your Trade Show Productivity

Weâ€™ll Teach You Where To Stand, What To Say and How To Say It So You Can Capture More Leads Than You Ever Thought Possible.

(Even If Your Company Has Been Doing Shows For Years)

Trade shows are great! Where else can you go to a place filled with hundreds or thousands of like-minded professionals all looking for the kind of services you offer? Trade shows can be fun, educational and productive; but in recent years it seems like it has been harder and harder to justify the expense. Costs keep going up, but sales donâ€™t keep pace.

I have felt this pain and I invented a process to tap the true potential of trade shows and it worksâ€¦ it really works. In fact, itâ€™s not uncommon for my client to double, triple, or quadruple the number of leads they capture. Some grow even more.

Itâ€™s not because they buy more space or a bigger booth or more advertising or throw hipper parties. Itâ€™s because I teach them to tweak a few things they are doing anyway that dramatically increases the rate at which they capture leads.

For instance, theyâ€™re staffing the booth anyway, but I teach them the Four Core Arts of the Trade Show Samurai so that they know what to do to maximize traffic and have meaningful conversations.

Itâ€™s amazing what a few easy-to-learn changes can do to increase lead flow.

â€œBut Mike, I've been doing shows for years! Iâ€™d be surprised if you can show me anything I havenâ€™t already triedâ€

â€¦Can I Really Get More Leads Than I Am Now???

Some of my best clients are seasoned trade show marketers who are shocked at the results they experience. Of course, these people are tough nuts to crack. Most trade show professionals donâ€™t know how much opportunity they are missing.

Working with Mike Moyer, the Trade Show Samurai, radically improved our trade show results. At our first Paris show in September, before working with Mike, our results were not encouraging. This last show, however, we got many more leads and sales because we used Mikeâ€™s well-honed techniques for crafting targeted pitches, engaging prospective customers actively and then using our time wisely to gather information on good leads.

At the center of the program I teach are the Four Core Arts:

The Four Core Arts alone will rock your trade show world, but in the Virtual Dojo you will also learn about the Art of Familiarity- a simple trick that will help people remember you when they see you at the show. And much more!

Every salesperson knows that a personal referral is the best possible lead. The Trade Show Samurai Arts produce the next best thingâ€”a Virtual Referral. Itâ€™s a referral that feels very person (even though itâ€™s not). When your sales team calls on one of your Trade Show Samurai leads they person will remember your company and the sales person will have a good understanding of what the lead wants.

To get these warm, virtual referralsâ€¦.

â€¦You donâ€™t need to get a bigger space or a better location.

All you need is to rethink how you and your staff behave on the show floor. The Trade Show Samurai knowsâ€¦.

â€¦where to stand in the booth to optimize traffic flow.

â€¦where to put the chairs.

â€¦how to position their body appropriately when trying to engage and disengage attendees.

â€¦exactly what to say when first speaking to an attendee.

â€¦what questions need to be asked.

â€¦when to pass out give-away items.

â€¦how to get the most of every interaction on and off the show floor!

â€¦how to get the most of every interaction on and off the show floor!

The training was invaluable to me and the team. We went to the show filled with energy, purpose and confidence. The payoff was real, our team collected more leads than ever before, there were so many leads we couldnâ€™t believe it. It was a fantastic experience

Who Am I And How Can I Help You Become A Trade Show Master?

I developed the Trade Show Samurai Arts when I was the vice president of marketing at a publically-traded financial services company. I was only on the job a few months when I was handed the responsibility of managing the companyâ€™s trade show strategy after an 80% budget cut. Lead flow was never very good at the show so the budget was reduced.

The company had recently rebranded so I had to use most of the budget to buy booth space and a new trade show booth. We had virtually nothing left for show promotion- hardly enough to cover travel expenses.

I knew I couldnâ€™t fail on this project and I knew I needed to try something completely different so I designed a strategy that focused on interpersonal techniques and booth behavior. We generated over 700 leads at the show- far more than the previous 20 years of exhibitingâ€”combined. That was the seed for what is now the Trade Show Samurai methodology.

I can show you exactly what I do to get fantastic results at Trade Shows.

I was truly amazed at the effectiveness of the various â€˜artsâ€™ â€“ initially during our training, but more importantly, in practice.

Iâ€™ve worked various trade shows during the last three years and have never ever seen a 10Ã—20 booth retrieve so many leads. My normal thinking was to get a larger booth (we normally use a 50Ã—50) and fill it with models and games, etc. Your method was straight to business and I can safely say that over 90% of the leads we retrieved â€“ were NOT from attendees visiting our booth but rather, using your arts to bring them in. The scary thing isâ€¦ is that many of these people we pulled in hadnâ€™t any intention of stopping by our booth even though we are within their exact vertical market.

Happy to say that as a seasoned sales veteran, Iâ€™ve never done trade show training and this was truly a great eye-opener for me. You have really broken this down to a science and I am truly thrilled with the results.

It was also fun watching the 40Ã—40 next to us get NO traffic, doing all the things you said not to do!

I didn't have much prep time before I would need to produce real results at my first trade show. This plan helped me stand out, make meaningful connections, and get serious business value from my time on the floor. Despite having no trade show experience, I was able to out-perform sales veterans using the Trade Show Samurai techniques

Most shows generate a handful of leads in the form of business cards with chicken-scratch on the back or an electronic scanner file of contacts with little or no actionable data. When companies roll up all the costs of the show and take a long hard look at the results itâ€™s no wonder they have second thoughts about participating. Many companies feel that the expense is just too great and drop out. Some of the best shows in the world are getting smaller every year.

Trade Show Samurais, on the other hand, collect hundreds or thousands of leads at shows. Each lead has the information the sales team needs to act on the sale. Not only are the leads much more useful, the cost per lead is much, much lower.

If every exhibitor staffed their booth with Trade Show Samuraiâ€™s the trade show industry would probably be growing, every attendee would be fully engaged and the leads would be great!

I've seen the Trade Show Samurai techniques work wonders at a number of different shows and the results are nothing short of spectacular. We came back from shows with literally hundreds of leads. Even the skeptics were amazed! I can think of no other training I have been through that offers such immediate and concrete benefits.â€

Additional training covers the Art of Familiarity, Cultivating Prospects and Yinyangle (the word-of-mouth trade show game) and a trick that helps get other exhibitors to promote your brand without even knowing it.

Access to the Trade Show Samurai eBook. Annual members get a free paperback with their paid membership.

The Trade Show Samurai training was a real eye-opener! I never would have thought we could get SO many leads from ONE show, it was amazing

Answer: Probably LESS Than The Cost Of One Hour Of A Consultant's Time

The Trade Show Samurai training is a bargain considering the huge increase in the number of leads you will capture at the next show. If you donâ€™t at least double your lead volume we will refund your money.

Save Over 50% When You Buy An Annual Membership

Billed Once a Year

All memberships are protected by the Trade Show Samurai Oath:

This approach works and it will work for you. If we can't make it work for you we don't want your money!â€‹